The Stakeholder map of the Harmony project
May 2020

The construction of a participatory stakeholder map is one of the outputs of the Harmony project to engage with target groups identified as "main recipients" by the Project itself. Building up a stakeholder map requires a specific activity, which in Harmony is coordinated by ISPRA and carried out in cooperation with all the other Project partners. You might find interesting to read how we designed on the map.

What does it mean Stakeholder?

The term Stakeholder has its origin in the economic lexicon and it’s about widening the audience to engage in the definition of strategies and choices. Stakeholders are all the people who are influenced by (or can influence) a specific policy or choice of an agency. The term was invented, precisely to take into consideration a wider audience than just shareholders. In many respects it’is a close relative of the concept of corporate social responsibility.

How we built the stakeholder map?

The Harmony project defined a database of entities, organizations and people who could come into play in defining an EDRR process regarding the two issues of NIS and Sea Bed Integrity.
We already know what you're thinking… Too many acronyms... then, probably something needs to be explained. EDRR stands for Early Detection and Rapid Response. The EDRR is the action protocol developed to respond to the issues of NIS, or of non-indigenous species and of Sea Bed Integrity.
The database was composed thanks to the work of all the project partners. The partners representing universities, research bodies and institutional actors input more than 700 records, which include the majority of the actors who play a role within the project themes at very different levels. The database, therefore, includes entities and organizations with direct responsibilities in the management of NIS and SI such as regional agencies or law enforcement units together with actors with less direct responsibilities but who are affected by the themes of the project, such as diving and fishermen's associations and companies.

How did we assess each stakeholder relevance?

Clearly such a wide range of stakeholders has also imposed the definition of a scale of relevance for the actors mapping. To define this scale, we privileged two strategies. The first was to define a scale on the basis of which each compiler could define the value of 3 characteristics of the organizations: power, influence and interest.
Power represents the ability to act on the themes focused by Harmony, be it NIS or SeaBed Integrity; influence represents the ability to make the others act, while interest represents the will to act.
The second tool deployed by the project, in defining the relevance of the stakeholders, is represented by the perception of the reputation of the different stakeholders as perceived by the project partners. In particular, since the project partners were invited to complete their input sessions without knowing which datas had been recorder by the other colleagues, it has been possible to analyse the frequency of the imputations in order to define which were the most relevant stakeholders in the opinion of the compilers.

What is the picture that emerges from a preliminary analysis of the mapping?

From this analysis emerges a wide range of stakeholders. In particular, 106 contact persons and 235 organizations and institutions have been identified. This is already a very important result because these data define the width of the cloud of actors the Harmony project can engage with. Also important is the fact that the stakeholder map comes from a common cross-border database (the Maltese partners have imputed 16% of the records and the Italian ones the remaining 84%.)
In the coming weeks, you will receive updates on the detailed analysis that is still ongoing. 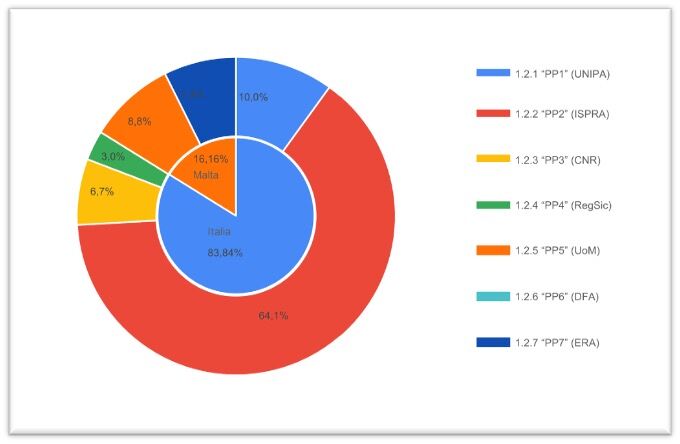 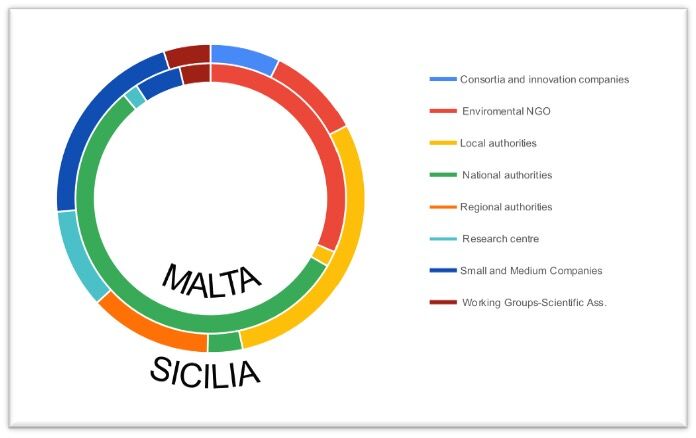